The 968-square-kilometer Bardia National Park, which stretches from the Karnali River in the west to the Babai River in the east, is the Terai’s largest and most undisturbed wilderness area, providing excellent habitat for endangered species such as rhinoceros, wild elephants, tigers, swamp deer, black buck, gharial crocodile, marsh mugger crocodile, and Gangetic dolphin.

Several open grassland sections inside the park provide good views of wildlife. Blackbucks, which are only seen in the wild in Bardia, can be spotted frequently near Khairi Panditpur, about 30 kilometers south of the park headquarters. Many forest routes in the park also provide good game viewing opportunities.

Between October through early April, when the weather is pleasant and dry, is the greatest time to visit. Take a flight from Kathmandu to Nepalgunj, from whence public bus services are available, to get to the park. If you’re driving your own car, make sure you have plenty of gas because there are no filling stations within the park. The park headquarters has lodges available.

Bardiya National Park, with an area of 968 square kilometers, is the largest national park in the lowland Terai. The park, which is located in Nepal’s Western Terai, was formed to safeguard representative ecosystems and conserve tiger and prey species’ habitats. In 1976, the Karnali Wildlife Reserve was established in a small area. 1500 Babai valley residents were evacuated outside the park at the time, allowing the forest and wildlife to flourish.

It was renamed Bardiya Wildlife Reserve in 1982, and it was expanded to its current size in 1984. In 1988, the reserve was designated as a National Park. In 1986, 1991, 1999, 2000, 2001, and 2002, Greater One-horned Rhinoceros were relocated from Chitwan National Park to Bardia National Park. A buffer zone of 327 km2 was established around the park in 1997, consisting of woods and private property. In addition, the buffer zone is managed jointly by the park and the nearby residents. They collaborate to start community development projects and maintain natural resources in buffer zones.

An elephant ride offers a unique perspective of the park because it allows visitors to venture off the main track. The best times to ride are in the morning and late afternoon. Furthermore, Gangetic dolphins can be seen in the Karnali River. The wilderness region of Babai Valley is a magnificent area to visit, with its flagship Rhino, Tiger, and Elephant.

Similarly, the headquarters of the Bardia National Park is in the village of Thakurdwar, some 13 kilometers south of the Mahendra Highway. About 500 meters before the Amreni army checkpoint, the uneven crossing road departs the highway at Ambassa.

It leads to a fortified compound with a variety of attractions. If the basic tourist center just past the gate piques your curiosity, most hotels can organize cultural excursions to Tharu villages; otherwise, you can rent a bike and go exploring on your own. A modest breeding center for mars mugger and Gharial crocodiles, as well as turtles, is located further down. Shivaram, a rhino who was injured as a baby in Chitwan, is housed in an adjacent cage.

After breakfast, go to the domestic airport and fly to Nepalgunj for an hour, then drive to Bardia National Park for 2.30 hours. Following your arrival at the resort, offer a brief overview of the trip package and eat lunch. After a short break, visit Tharu village and the Tharu museum. Visit the Crocodile Breeding Center to learn about the Tharu culture and way of life. In the resort, overnight.

A 30-kilometer jeep ride in the early morning will take you to the Karnali River. After that, spend a relaxing day rafting down the calm Karnali. On the neighboring river banks, you can see wildlife such as the endangered freshwater Gangetic dolphin, the gharial crocodile, unique birds, and large animals while rafting down the river. Swimming is also an option, and dolphins may join you on occasion!

Tiger territory exploration (Half day Walking)
Safari on the back of an elephant
A number of well-cared-for domestic elephants can be found at Bardia National Park. These intrepid, gorgeous creatures give the safest and most convenient means of getting around the park. From the back of the elephant, you can safely view wildlife as you walk through vast meadows and deep jungles.
Safari in a Jeep
This is the quickest way to see the park, as it takes you deep into the bush. For an unforgettable safari experience, you visit some of the top viewing towers and go off-road in a four-wheel drive vehicle.
Rafting is an option (minimum 4 persons)

Early morning bird viewing, breakfast, and a visit to the Elephant Breeding Center, followed by a tour of the nearby hamlet and lunch. Transfer to Nepalgunj airport in the afternoon. Arrival in Kathmandu, evening free. Overnight stay in a hotel

Bardia National Park is located in Nepal’s southwest region. It is the largest national park in Nepal’s terai region, covering 968 square kilometers. On the north, the summit of the Siwalik range, on the south, the Karnali River and its tributaries, on the east, forest, agricultural land, small communities, and on the south and east, the Mahendra highway. For a huge number of rare species, the park provides an undisturbed environment.

The climate in this part of Nepal is typically warm, with three distinct seasons: October to March is moderately dry, with warm days and cool nights, and April to May is extra dry, which is the best time to visit for a tiger encounter because the big cats come out for river water during this extra dry season, and June to September is monsoon season in this subtropical zone.

642 kinds of animals, 407 species of resident and migratory birds, 125 species of fish, and 839 varieties of plants live in Bardiya National Park, which contains over 70% of a balanced blend of grassland, savannah, and riverine woodland. Several rare species, including one-horned rhinos, Gangetic dolphins, swamp deer, wild elephants, and blackbuck, can be found in the protected region. Bardia National Park is also home to the majestic Bengal Tigers, in addition to this uncommon wildlife.

The Royal Bengal Tiger (Panthera tigris), the Grater One-HORNED Rhinoceros (Rhinoceros unicorns), the Asian Wild Elephant (Elephas maximus), the Swamp Deer (Cervus duvaucelii), the Black Buck (Antelope cervicarpa), the Gangetic Dolphin (Platanista gangetca), the Hispid Hare (Caprologus hispidus), the Common (Muntiacus muntjak). The Greater One-horned Rhinoceros were translocated from Chitwan National Park in 1986, 1991, 1999, 2000, 2001, 2002, 2016, and 2017 to develop a second viable population in Nepal due to the suitability of the habitat inside BNP. Similarly, work has begun to establish it as the Swamp Deer’s second viable population.

In its vast, pristine landscapes, Bardia National Park provides a variety of wilderness experiences. Sal woodland (Shorea robusta) covers over 70% of the forest area, with grassland and riverine woods occupying the remaining portions. A total of 56 mammalian species, 438 bird species, 52 herpetofauna species, and 121 fish species have been reported in the park. In addition, the parking area attracts a variety of migrating bird species, making BNP a perfect wildlife tourism site.

How to get there

From Kathmandu, you can take a bus or an aircraft to Nepalgunj. During the dry season, bus services from Nepalgunj to Thakurdwara’s park headquarters are available.

What is Bardia National Park famous for?

Bardiya National Park, with an area of 968 square kilometers, is the largest national park in the lowland Terai. The park, which is located in Nepal’s Western Terai, was formed to safeguard representative ecosystems and conserve tiger and prey species’ habitats.

What is Bardia National Park famous for?

It is located in the Thakur Baba Municipality, in the Bardiya district’s mid-western section. The park is bordered on the north by the Churiya Range and on the west by the Karnali River.

How many tigers are in Bardiya National Park?

WWF’s Tiger Survey in Bardia National Park According to a tiger monitoring research conducted in Nepal’s Terai Arc Landscape, there are 56 wild tigers in Bardia National Park, an increase of six from the national park’s 2013 estimate. The existence of breeding tigers and cubs in the protected region is a positive finding.

How do I get from Kathmandu to Bardiya National Park?

From Kathmandu, there are daily buses to Mahendrenagar (alight at Ambassa). The bus ride takes roughly 15 hours and takes you through mountains and woods before passing through the mostly flat and rural Terai. Tickets start at 1200 Nepalese Rupees (about $17).

How do I get to Bardiya National Park?

From Kathmandu, you can take a bus or an aircraft to Nepalgunj. During the dry season, bus services from Nepalgunj to Thakurdwara’s park headquarters are available.

How can I go to Bardia National Park from Lucknow?

What is the population of Bardiya? 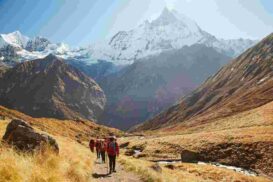 Is it Safe to Travel Nepal 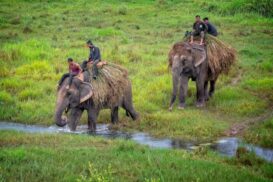 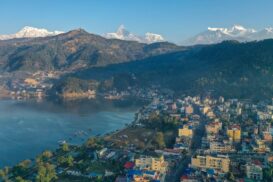