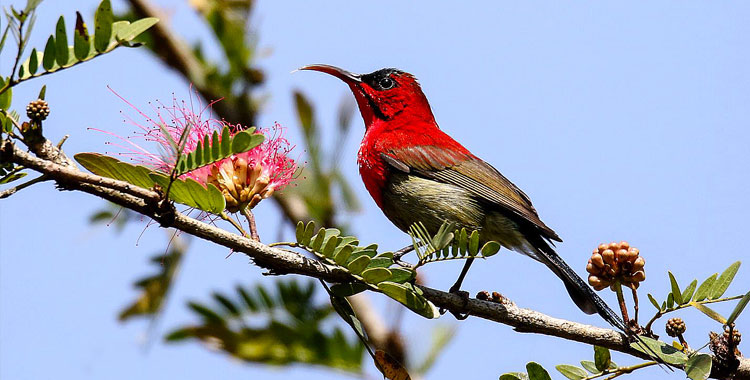 Eagles and vultures plundering the city’s skies, Dayal and magpie-robin singing lyrical tunes every morning, and soaring of striking birds over the heads and on the rooftops of the houses are all likely to be seen on a Nepal bird watching tour. Nepal’s presence further demonstrates that this country is truly natural.

Despite the fact that Nepal is a small country with only 0.1 percent of the world’s area, it is home to 10% of the world’s bird population, with 76 species listed as endangered. Similarly, Nepal is home to around 850 species of birds, the majority of which have chosen the country’s steep topography as their preferred habitat.

In addition, there are birds that have adapted to the abundance and heat of the national park in the lower flatlands, and while it is unusual, some species have acclimated to the frigid environment of higher altitudes.

This Nepal bird watching tour brings you to the high terrains on the outskirts of Kathmandu valley, as well as the lower lands of Chitwan and Koshi Tappu, all while staying in a comfortable vehicle.

Furthermore, the months of February and March bring a large flock of migrating birds on their way to Siberia, while the remainder of the season is home to crows, raptors, storks, herons, egrets, griffons, kestrels, hoopoes, and many other species.

For people who appreciate the sounds of birds chirping in a verdant enormous forest, bird watching in Nepal is one of the top nature activities. Nepal is home to around 887 different bird species.

In the Himalayas, unique birds such as the Impeyan Pheasant and the Crimson Horned Pheasant sing and dance. Similarly, the endemic bird Spiny Babbler can only be found in Nepal’s hills. Similarly, the hissing noises of vultures fill the terai’s woodlands.

Nepal is a birdwatching tour enthusiast’s dream come true since the country is home to 867 different kinds of birds. This represents around 8% of the world’s total bird population. In Nepal, 19 of the 35 internationally vulnerable birds are on the verge of extinction, while 15 restricted-range species have been identified.

A total of 130 breeding and wintering species (representing roughly 15% of Nepal’s bird population) are currently classified as nationally endangered. For 86 percent of the birds in danger, habitat loss is the most serious concern. Hunting, illegal trading, and poisoning are also hazardous to Nepalese birds.

Many species of birds have been seen in the wetlands and open fields both inside and beyond the Kathmandu valley. Among all of these characteristics, a bird viewing tour is one of Nepal’s most popular travel packages. This tour can be done anywhere in Nepal, including the Kathmandu valley.

More than 500 species of birds have been identified in the Kathmandu valley, specifically in the Phulchoki, Godavari, Nagarjun, and Bagmati Rivers.

Today you arrive in Kathmandu and we transfer you to your hotel. Furthermore, after arriving at the hotel you rest and rejuvenate and observe the locality. A member of Travel Nepal Now will brief about the itinerary on this same day.

While our tour personnel will be busy making arrangements for the day to come, we would take the privilege to go around the city and look at some interesting historical relics.

On this day we would visit Swayambunath; famous as the monkey temple as well, Basantapur Durbar Square; an ancient palace courtyard, and Patan Durbar Square.

This is going to be a thrilling chapter in the Nepal bird-watching tour book. This botanical park is near Lalitpur, at the foot of Phulchoki, the highest mountain in the Kathmandu valley.

This is a fantastic opportunity to photograph some unusual flora and creatures.

We take our vehicle up to the peak of Kathmandu, the Phulchoki, after resting in the peaceful Godavari. First and foremost, Phulchoki provides breathtaking views of the faraway mountains, as well as an unrivaled vista of Kathmandu. It’s a lovely hilltop with a Lord Shiva temple and prayer flags, as well as a variety of butterflies and birds.

The Nagarjuna – Shivapuri forest reserve encompasses the majority of Kathmandu’s surrounding hills and spans 159 km2. This protected area is a birder’s paradise on the outskirts of Kathmandu and its environs, with over 318 species of birds.

The nature reserve provides a fantastic opportunity to see not only birds but also rare types of small wild animals. The Eurasian eagle-owl, slender-billed scimitar-babbler, white-gorgets flycatcher, barred cuckoo–dove, and golden-throated barbe are among the fascinating birds.

After breakfast in Kathmandu on this day of our Nepal Bird Watching tour, we start our day early. After collecting our belongings and entering the truck, we set out on Nepal’s busiest and most important route. We leave the highway after about 100 kilometers and join the new highway dug into the hillside beside the Narayani River.

After a 2-hour ride, we reach the level country and then the Chitwan National Park’s protected area. On this particular day, we can enjoy the River Beach, as well as tour the surrounding area and learn about the culture.

Chitwan is a birdwatcher’s heaven, with over 543 permanent bird species including early morning, midday, evening, and midnight birds.

There are various migratory bird species that visit in the spring, summer, and winter, as well as some endangered species that have made the alluvial grassland their permanent home. True birdwatchers cannot spend enough time in the country’s most unique national park.

Today we travel from Chitwan to Khosi Tappu Wildlife Reserve. Similarly, on this tour today we will enjoy the beautiful surrounding and Bird Watching Tour.

Today at Koshi Tappu we will explore the place. And, a full-day bird watching tour.

Flight back to Kathmandu

After Exploring Koshi Tappu and completing the Birdwatching tour we all head back to Kathmandu on an early flight. Similarly, On Nepal’s Terai terrain, Koshi Tappu wildlife reserve and Chitwan national park are 250 kilometers apart.

The flood plain of Kosi Tappu is made up of mudflats, reed beds, and freshwater marshes, and it is divided into three districts with a total area of 175 km2. Koshitappu is home to 455 different bird species. We leave the same day after seeing the birds and return to Biratnagar for the night.

At leisure in Kathmandu

On this day you can either do the errands. This day would be perfect for strolling around the market of Thamel for shopping, food, and picturing the lives of people making their way through the bustling crowd.

Back to onward destination

We help you transfer to the Tribhuwan Airport according to the schedule of your flight. With a heavy heart and excitement of seeing in future, we wave off for this time.

Best Time for the trip

Furthermore, if you travel here during this time of the year then there won’t be any challenges for you to face. However, annually, many tourists do this trip even during the monsoon seasons which in comparison is a challenging time for the travel.

Difficulties on the trip

So, it is very important to choose the right time for your visit. Because if one travel here during the rainy or the monsoon season then they might face bad weather.

The essentials required for the trip are:

In the case of our company, the safety and security of our visitors are the utmost priority to us. So, you don’t have to worry about it and you can travel with us on our Nepal Bird Watching Tour.

Most of the time you will be resting at a comfortable hotel. And, the food we provide to you is of good quality. Also, we mainly provide Nepali Foods on the trip. However, at some hotels and lodges, we also provide Western foods.

When is the best time to go on a Nepal Bird Watching Tour?

The Nepal Bird Watching Tour is best experienced in the spring and autumn seasons. The weather is pleasant at this time of year, and you may travel under bright skies. However, if the conditions are favorable, this excursion can also be done in the winter.

What Is the Difficulty of the Nepal Bird Watching Tour?

There are not a lot of challenges or difficulties during the trip however, the time of youe visit can affect the challenges that you are going to face at the trip. Therefore, it is very important to choose the right time for your visit. Because if one travel here during the rainy or the monsoon season then they might face bad weather.

Is It Safe to Take a Birdwatching Tour?

Yes, everyone will be safe on the Nepal Bird Watching Tour.

What Is the duration of the Nepal Bird Watching Tour?

The average duration for the Nepal Bird Watching Tour is around 1-2 weeks. However, if you follow our itinerary it is 12 days long.

What Is the Cost of the Nepal Bird Watching Tour?

The average cost for the Nepal Bird Watching Tour is around $5500 per trip.

Do we need a special permit for Nepal Bird Watching Tour?

Yes, you will compulsorily need a permit from Kathmandu to do the Nepal Bird Watching Tour.

Who can do Nepal Bird Watching Tour?

You don’t need any physical fitness for Nepal Bird Watching Tour. Only make sure that you are older than 16 years and younger than 60 years to successfully tour Nepal.

Which mountains do I see on the Nepal Bird Watching Tour?

During your Nepal Bird Watching Tour you will get a stunning view of the surrounding which will add value to your trip.

Can I do the Nepal Bird Watching Tour with my friends?

What are the adventure activities at the Nepal Bird Watching Tour?

During your Nepal Bird Watching Tour. One will be doing Elephant safaris, canoe rides, jeep excursions, jungle hikes, and others which are among the best things to do in Chitwan if you want to. 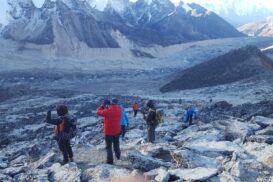 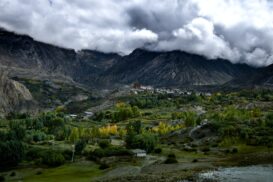 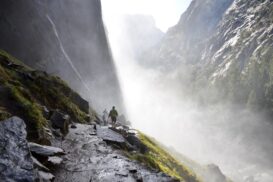 The Ultimate Guide to First Trekking in Nepal